In a festive salute to Mexico’s Day of the Dead, Esqueleto Explosivo from Thunderkick is a brilliantly colourful slot. The game offers Dropping Symbols, Explosivo Wilds and Mucho Multipliers, played on 17 paylines and a 5×4 grid area. Win up to 700x total bet in this low volatility game!

Esqueleto Explosivo captures the festivities in Mexico’s Day of the Dead with reels of five uniquely-patterned skeleton masks stacked on one another. To the back of the transparent reels, festive candles flicker in the streets with fireworks flashing like lightning overhead. Street music blares, as well as the sound of firecrackers and all sorts of additional sound effects, some of which are amusing.

Esqueleto Explosivo has an RTP of 96.0% with bets of 0.10 to 100. If you’re a fan of ethnic themes, then we’ve got a couple of exciting alternatives to suggest. The first has an African wild animal theme, and it’s called African Quest from Microgaming. This game has some savage features like re-spins, free spins and up to 64x multipliers. Collect up to 5,600x total bet! The second slot is also from Microgaming, and it’s called Stumpy McDoodles based on an Irish Leprechaun theme. Offering up to 400 coins/paylines, it’s got Rainbow Respins, Stumpy Random Wilds and free spins.

The Dropping Symbols is a feature activated on any winning round in which the symbols involved in the win explode, creating spaces that are filled by additional symbols. This can keep going as long as new wins are created. On each successive ‘Drop,’ the Mucho Multiplier increases a level until it reaches the maximum. The multipliers increased from 1x to 2x, 4x, 8x, 16x and then 32x.

The Explosivo Wild can replace all the others while unlocking a free re-spin. This symbol explodes, taking with it all symbols next to it, to a total of 8, and increases the multiplier to the next level.

Esqueleto Explosivo bitcoin slot is optimized for mobile, tablet and desktop using an Android or iOS operating system. The game is a low volatility slot allowing you to play with a smaller bankroll for longer.  The slot has charm, and the cascading reels action is amusing as skulls topple off the reels just before new skulls replace them.

Wild-Symbol: Explosivo Wilds appear on any reel and substitute for any symbol. Their appearance causes all symbols to explode around it and awards a free re-spin.

Bonus rounds: The slot features Dropping Symbols, which are triggered after a winning round. Each successive drop increases a multiplier up to a maximum of 32x. 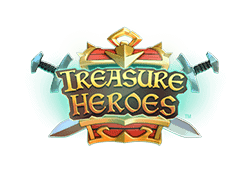