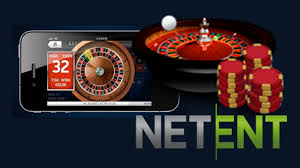 BitCasino.io, a Bitcoin only online casino that prides itself as the first of its kind to be licensed anywhere in the world, has added over 150 NetEnt games to its offering. The casino already boasted of over 750 games on its platform before this development.

In a July 8th press release, BitCasino.io announced that over 30 of these new games will be playable through mobile devices. Some of the mobile-compatible ones on the list include Gonzo’s Quest, Starburst, South Park and Blood Suckers.

BitCasino.io is licensed as well as regulated as by the laws of Montenegro, a state in the Balkans that was once part of former Yugoslavia. However, it serves players who fancy using Bitcoin from practically every country on the globe.

On its part, NetEnt is a B2B supplier of premium casino systems, services, and games since 1996. The company is headquartered in Stockholm Sweden.

“These new games complement Bitcasino’s existing 750+ casino games, including over €6,500,000 worth of jackpots, blackjack, live dealer casino table games, dice, baccarat, and lotto. It ensures that we offer the best gaming experience and destination to a base of over 100,000 Bitcoin only players spanning some 80 countries.”

However, You may not play any NetEnt game on BitCasino.io

However, not everyone should celebrate as yet. Given the NetEnt policy of working only in regulated markets, its games are not available to residents of many countries. If you are in Belgium, Canada, Denmark or France, this new BitCasino.io development does not concern you.

Other countries from where NetEnt games are not accessible include Isle of Man, Italy, United Kingdom and the United States. With the access unavailable to players in most western countries, the announcement may pass with little impact.