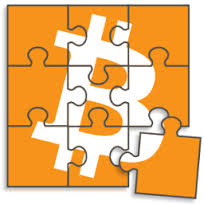 Thirty-two of the most active developers and supporters who contribute to the bitcoin core have invited the community to two scaling Bitcoin workshops to take place in September and December this year. Through a joint letter, they have cited their commitment to Bitcoin and the needs of the community as their reason for taking this step.

The first of the two workshops will take place in Montreal, Canada between September 12th and 13th 2015. The second is planned run from December 6th to 7th in Hong Kong, China. Tickets to the events will cost between $150 USD and $300 USD per an attendee.

As a step towards developing community ownership of the workshops, the team has launched a petition on Change.org for the members of the Bitcoin community to pledge their support for the events.

Part of the letter reads:

“We’re confident that by working together we can agree on the best course of action. We believe this is the way forward and reinforces the existing review process that has served the Bitcoin development community (and Bitcoin in general) well to date.”

In the recent months, the Bitcoin community has experienced a raging debate on how best to scale the network so that it can handle a higher number of transactions than 7 per a second that it does now.

One section of the community led by core developers Gavin Andresen and Michael Hearn has proposed BIP 101 and released Bitcoin XT, a bitcoin core to increase the Bitcoin block size from 1MB to 8MB in early 2016 if 75% of the network nodes adopt it.

On the other hand, core developer Jeff Garzik has championed BIP 100, an alternative of BIP 101, which proposes to remove the block size limit.

Others in the community believe that scaling of the bitcoin network lies in other innovations such as Sidechains and Lightning.