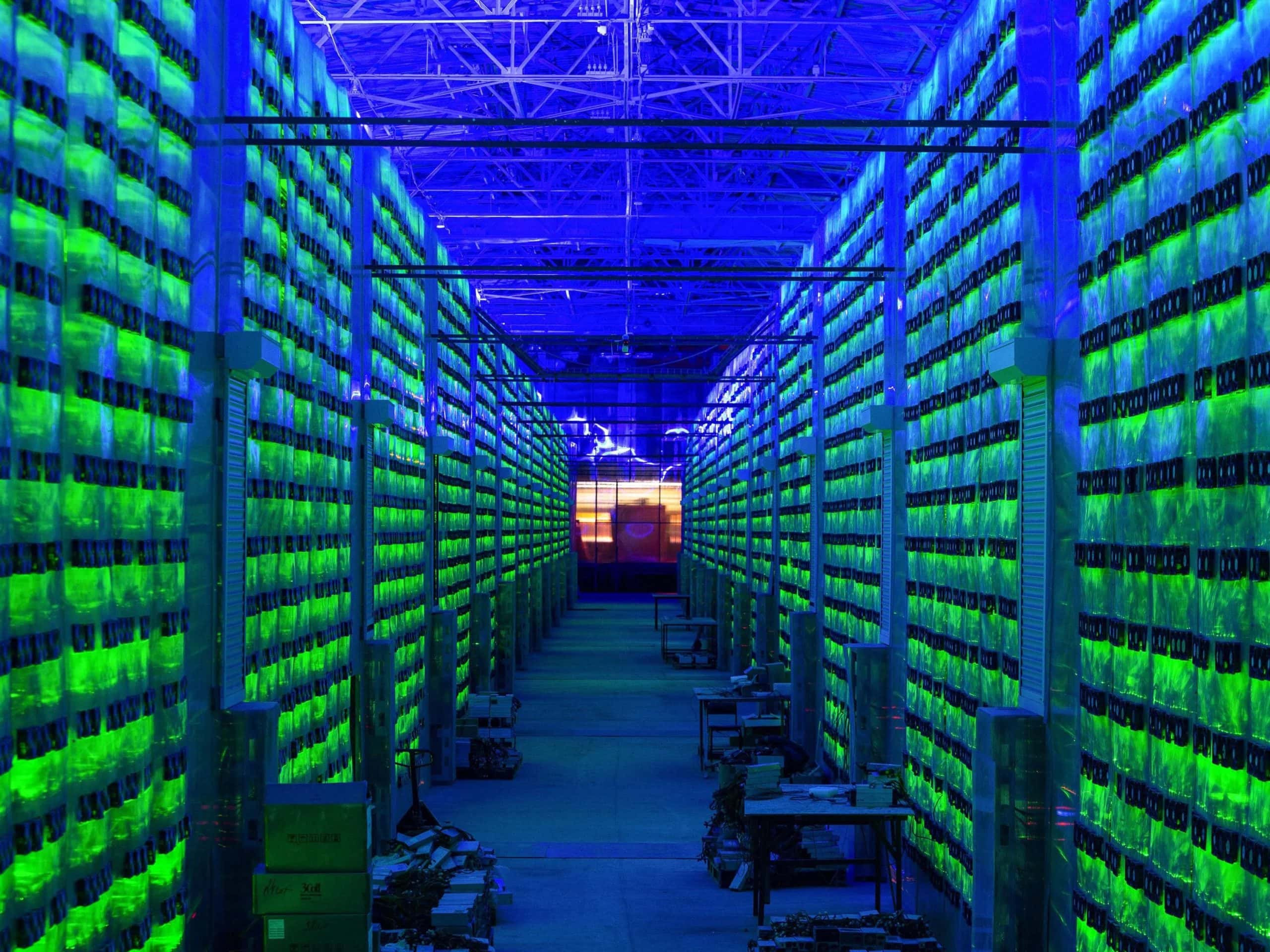 While many people know what cryptocurrencies are, even if they have nothing to do with them on a daily basis, cryptocurrency mining is still a relatively obscure term in the collective consciousness. How is it even possible to actually be mining online? Technology never ceases to amaze us.

In short, cryptocurrency mining is how you get new coins (like bitcoins) into circulation. A lot of people who hold, trade, or sell cryptocurrencies limit themselves to just that – acquiring and disposing of the currency. However, there’s also a group of bold investors who put their money into advanced, costly hardware to be able to mine cryptocurrencies. And it certainly is a challenging and absorbing adventure.

As such, it’s advised to familiarize yourself with all the necessary information first. Below, we dive deeper into how cryptocurrency mining actually works, what you need to start as well as whether or not you should try in the first place.

What Is Cryptocurrency Mining?

Simply put, cryptocurrency mining is the process of introducing new coins into the existing circulation. It’s done by solving complex mathematical equations in order to confirm cryptocurrency transactions. Yes – every time a cryptocurrency transaction is made, its validity needs to be confirmed by a miner. The first miner to solve the equation gets the reward for their effort. Once a transaction has been confirmed, it shall be added to the blockchain and cannot be altered anymore. This is what makes cryptocurrency so special, decentralized, and impossible to be tampered with.

This process is called “proof-of-work”. As more miners take part, the equations become more complex and thus more difficult to solve. The reward for solving one of these puzzles is a cryptocurrency unit. These complex equations must be completed in just seconds, which is why powerful computers, called mining rigs, are constantly in demand.

What Do You Need for Cryptocurrency Mining?

In order to get involved in cryptocurrency mining, you need to have an appropriate device and a great deal of patience. A lot of people try their luck with these machines, but very few of them succeed in the long run. It’s also worth mentioning that mining is a 24/7 process and very time-consuming. It not only eats up your electricity but also your computer’s resources.

As such, it’s only worth getting into cryptocurrency mining if you’re prepared to handle these challenges. Let’s start with what you need to begin mining:

Without this, you can’t even commence cryptocurrency mining. You can either build your own mining rig or buy one. These are the essential parts of a mining rig: a power supply, motherboard, screen, GPU (video card), RAM, and hard drive. A list of necessary elements depending on the computer model should also be sought out prior to deciding which components to purchase.

However, if you’re serious about crypto mining, you need to think about an ASIC in the long run, especially if you want to mine bitcoins. An ASIC (an application-specific integrated circuit) is a microchip designed to perform only one task – cryptocurrency mining in your case. ASICs are state-of-the-art technology, but the downside is that they can cost you an arm and a leg. Despite their high price, an ASIC is well worth the money, especially if you’re serious about mining.

This is needed for the effective operation of your mining rig. There are hundreds of different cryptocurrency mining software tools, but you need to pick out one that fits your needs and supports your device/graphics card/ASIC.

The software is what actually connects you (that is your machine) to the blockchain and carries out the mining process while also showing the relevant statistics (speed, hash rate, temperature, etc.) and adjusting hardware resources as needed.

The most popular include XMR Stak (for Monero or Aeon, for example), CGminer (for Bitcoin), and Ethminer (for Ethereum). However, it’s always recommended to read multiple online reviews to ensure you choose software suitable to your needs and requirements.

This is mandatory to ensure the smooth operation of your mining rig and the uninterrupted syncing with the blockchain. If your internet connection goes offline for just a minute, there’s a possibility that valuable time could have been wasted. It’s vital to have a great deal of patience, especially if you’re just starting out.

This seems like a given, but it’s actually worth mentioning under this topic. While it might not seem like a lot, cryptocurrency mining does consume a lot of electricity. Make sure you have something on deck before you delve into these uncharted waters!

As a novice cryptocurrency miner, you may want to consider joining a mining pool. This could be an organization or a shared platform that brings miners together and unites them in a joint effort. For many miners, this is actually an attractive option as pool rewards are shared among members. As such, the main benefit is that you get smaller payouts at a more frequent interval compared to if you were solo mining. Thus, if you want steady passive income, it’s best to join a mining pool.

Pools, therefore, greatly reduce the risks and expenses that miners go through. They can provide tools like a mining calculator and software support as well. Make sure to do extensive research on the top cryptocurrency pools to make the best choice for yourself.

The Risks and Potential Benefits of Cryptocurrency Mining

Since many people believe that cryptocurrencies shall be the future, quite a lot of investors have started to focus on them.

Cryptocurrency mining can be great for either small-time or large-scale cryptocurrency investors. The possibilities of profitability are sky-high and therefore the chance for a return on investment for many years to come is certainly there.

The small-time investor might be able to reap great rewards from setting up a home rig and completing cryptocurrency transactions. If you have free space in your home, you can even go as far as putting it to good use and set up your equipment there.

Large-scale cryptocurrency miners may have huge complexes with dozens of computer units working around the clock. The ability to expand is also quite attractive since you could easily add more and more computers and thus become much more efficient in your mining operation. However, it depends heavily on whether or not the value of cryptocurrencies in question is rising. Large-scale miners also often deal with cryptocurrency exchanges, where they trade their coins and make a profit out of the price differences between cryptocurrencies.

However, there are also some downsides of cryptocurrency mining that you need to be aware of before starting. The main thing is the cryptocurrency market is full of unpredictability and volatility. This means that while the technology itself is extremely scalable and adjustable based on the circumstances, you can contribute to its growth of coin circulation, but still fail financially if the market decides otherwise.

Additionally, as mentioned above, cryptocurrency miners have to be ready to receive high electricity bills – that’s just part of the equation. That’s why it’s recommended to get an energy bill calculator and estimate how much money you’ll be spending on your mining efforts before you begin.

What Is the Environmental Impact of Cryptocurrency Mining?

Considering that cryptocurrency mining takes an exceptional amount of resources, especially power, it’s easy to see why concerns have been raised over its environmental impact.

The relatively short answer is that, in regards to electricity, it’s not great news. Yes, mining rigs can be set up virtually anywhere, but they will still need a stable internet connection and a constant supply of electricity. That’s not exactly eco-friendly. And sadly, way too many places still use fossil fuels to generate it.

It is estimated that a single (!) Bitcoin transaction burns around 2,292.5 kilowatt-hours of electricity. To give you a perspective – it’s more or less the amount an average American household uses in roughly 2.5 months.

In fact, according to the Cambridge Bitcoin Electricity Consumption Index, worldwide Bitcoin mining might use up more power annually than some small countries like the Netherlands or Pakistan. The demand is growing, as the number of coins is running low, and more and more people are determined to get some for themselves before they run out.

People using solar panels to power their rigs, or relying on renewable energy sources, is definitely a more environmentally-friendly solution. Moreover, some developers are working on redefining the whole system, switching from the power-consuming proof-of-work to something more energy-efficient.

One of the ideas is a proof-of-stake system, which would rely on the amount a crypto user is to stake, hold, and sell. Such a person would become a validator of transactions on the blockchain, just like a miner, the difference being that validators would be chosen at random, eliminating the pointless mining that takes place now, with way too many people mining unsuccessfully. Ethereum is to implement a similar system soon.

Other potential systems include ideas like proof-of-history, proof-of-capacity, proof-of-burn, or proof-of-elapsed-time.

There’s also the Crypto Climate Accord, which aims to switch to renewable energy sources entirely by 2025.

However, there’s still the matter of the hardware itself –  if you continue to mine cryptocurrency in the long term, it’s almost certain that new rigs will be needed rather sooner than later. It’s a huge amount of hardware that will eventually end up in landfills.

It depends. Some countries have banned Bitcoin mining completely, though they’re still the minority; there are also places where some parts of mining, holding, or selling cryptocurrencies might be restricted. In most countries, however, you’re free to engage in cryptocurrency mining and other related activities.

Countries where bitcoin mining is illegal include Algeria, Bolivia, China, Iraq, Nepal, North Macedonia (the only European country to have entirely banned cryptocurrencies), with India on the way to do it (some voices even suggest criminalizing the possession, issuance, mining, trading, and transference of cryptos). Moreover, Columbia, for example, made it forbidden for financial institutions to facilitate Bitcoin transactions, while Indonesia doesn’t allow cryptocurrency transactions. Egyptian laws prevent trading or promoting cryptocurrencies but only if you don’t have a Central Bank license; however, the country’s primary Islamic advisory body (Dar al-Ifta) declared cryptos as something prohibited under the religious law (as haram).

An interesting case is Iran, where cryptocurrency mining is forbidden only when conducted abroad. The government and the Central Bank even encourage people to mine cryptos in the country, offering cheap electricity, as long as they will sell the coins to the Central Bank. However, as unlicensed mining is growing strong, the Iranian government is very likely to impose some longer-lasting restrictions.

All things considered, you should do thorough research to determine what the situation is in your country or state.

If you’re interested in joining the complex and buzzy world of cryptocurrency mining, make sure you do your research properly. Thanks to online communities, forums, and other resources, there’s a vast amount of information available at your fingertips. Go through as much as you can and search for current cryptocurrency prices before you even consider turning your computer on.

Once determined, you should look up the hardware components and computing power necessary to start mining. Don’t forget to analyze their projected profit forecast and the potential costs of electricity and hardware. All of this should be done beforehand so that you get the best chance to succeed. Think of it as a possible alternative to obtaining gainful employment – not an easy feat, but certainly an interesting opportunity.