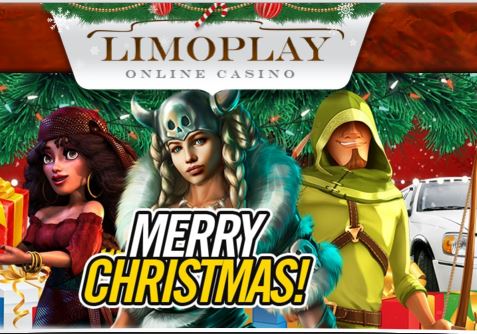 There is a new kid on the block in the world of Bitcoin online gambling. Limoplay was founded in mid-June 2015 but was officially launched early in the month of December 2015. The Bitcoin casino will be relaying games from SoftSwiss, BetSoft Gaming, Endorphina, and Pocketdice, all of which are major online game providers.

In total, Limoplay is already offering over 900 games, which are accessible on both desktop and mobile devices (Android and iOS). Most of these games are Bitcoin slots, table games and video poker.

A lot of giveaways to players

“The online casino will incorporate Quickfire (Microgaming), Betsoft, Endorphina, Softswiss, and Amatic with NetEnt and live dealer games soon together with award-winning casino game software providers,” read part of a press release announcing the launch,  “Players can already find a portfolio of over 900 world-class games that will indulge players in luxurious and provably fair gaming activities.”

In order to encourage you to try their services, the Bitcoin casino is offering a batch of giveaways. They include match bonus, cashbacks, free spins, high-roller offers and loyalty points.

Limoplay is joining a growing list of online casinos catering for players seeking to play using Bitcoin. Some in that list that are already established include the likes of Bitcasino.io, BetChain and Bitstarz.

According to an article published on the Bitcoinist.net following the launch announcement, Limoplay has a lot of experienced hands behind it even though it is very young in the industry. “LimoPlay is an online casino built by a team of skilled and experienced iGaming professionals, with more than 15 years of experience, who believe in the value of excellence,” reads part of the article.

Read also this Linux Foundation to Lead an Effort to Build a More Business Friendly Blockchain.