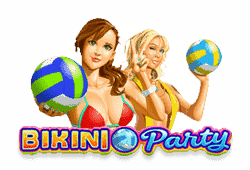 One of Betsoft‘s Slots3 games, The Angler is a great catch with 5-reels and 1 to 20 variable paylines for up to 130,000 coins on a single spin! Set on a pier on the ocean, the high-value symbols include an angler, hammerhead shark, sea turtle, puffer fish and red fish. An octopus wild can appear on the 2nd to 5th reels and act as a joker for any symbol besides the free spins and bonus. The oyster & pearl scatter symbol can trigger Free Spins where the octopus wild is sticky for the duration of the free spins. The Time to Fish Bonus Game tests your fishing technique by trying to reel in a fish. The more you catch, the more you win! The Double Up game is your chance to toss a coin and call heads or tails for a 50-50 chance to go double or nothing.

Big Kahuna: Snakes & Ladders from Microgaming is a 5-reel, and 1 to 15 variable paylines slot allowing you to surf the large waves for up to 200,000 coins! On this tropical island you’ll find a mask, male native, female native, large lizard and monkey. The five lowest-paying symbols include oranges, kiwis, loquats, watermelons and pineapples. The wild of the same name has the ability to substitute for any other symbol outside of the snakes & ladders. When forming a payline, it acts as a 2x multiplier during base games and 4x multiplier during free spins. It can pay 50, 500 or 5,000 coins when forming its own payline. During the spins, it is possible to randomly be awarded 5 free spins with 2x multipliers. The snakes and ladders symbol land on the 1st, 3rd and 5th reels  and whisks you away to play Snakes and Ladders for the chance to climb the ladder or slide down the snake for wins of up to 100x.

Blending the world of bitcoin slots with gorgeous bikini-clad volleyball babes, Bikini Party is a 5-reel and 243-ways-to-win slot. Microgaming gives you a fun-filled chance to score big, with prizes of up to 60,000! To say that Bikini Party is racy is an understatement because the top five symbols are lovely bikini-wearing bombshells. The logo symbol of the same name is actually a wild that can appear on the 2nd and 4th reels, while substituting for all symbols except the beach ball scatter. Complementing the ball is the volleyball net that acts as a scatter symbol where 2, 3, 4 or 5 of them will credit you with 125, 250, 1,250 or 12,500. Three or more of these symbols will also award you with 15 free spins where all wins get a 3x multiplier. The free spins can be re-triggered while they are active. At a cost, you can choose to re-spin a reel as many times as you want.

Betsoft steps forward with the feathery-themed slot called Birds featuring the Wild Bird and Fly for Free Features, all of which are played on a 5-reel and 25 fixed paylines with prizes of up to 500 coins on a payline! One of the features that you will find in this feathery game is the wild, that can substitute for any other bird, and help to create winning paylines. The second feature is called Free Flights and involves a meter, to the left of the reels, which is charged by a winning flight of fowl. You can unlock 8, 12 or 20 free spins with 4, 5 or 6 flights. By collecting 7 or more flights, you will unlock 14 rounds and a number of triggering flights. The last feature is the Double Up, which is an optional gamble feature inviting you to guess the result of a coin toss.

Blood Eternal from the developer Betsoft is a 6-reel and 30 fixed paylines slot based on the horror theme of vampires that allows you to bite into as much as 965,620 coins! The upper-value symbols include a castle, golden crucifix, vampire bat, flask of holy water and blood flask. A great selling point of this slot is that it pays left to right and right to left. Next, the wild symbol can replace all other symbols except the free spins scatter. With 3, 4, 5 or 6 symbols you will be rewarded with up to 100, 375, 1,000 or 3,750 coins. Vampire and human pairs landing next to each other will award 8 free spins while randomly forming 1 to 4 wilds on each of them. Vampire symbols may only land on the 2nd and 5th reels and it is possible to trigger 8 free spins when they appear together, and can generate anywhere from 1 to 8 wilds. Human symbols appear on the 3rd and 4th reels during the free spins creating wild symbols that transform other symbols into wilds. A bat and 2x bat symbol, which counts as 2 bat symbols, can be collected for a maximum of 12 bats that could instantly credit you with up to 50,000, 25,000, 15,000, 7,500, 4,000, 2,500, 1,000, 500, 200 or 100 coins by collecting 12, 11, 10, 9, 8, 7, 6, 5, 4 or 3. Finally, the Double Up Game is an optional coin toss where you have a 50% chance of double or nothing by predicting the outcome. 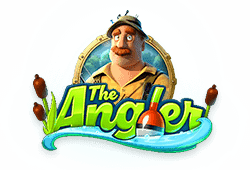 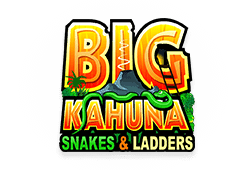 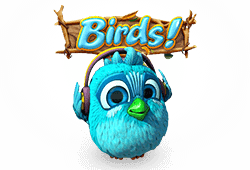 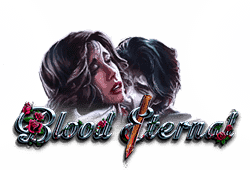