JFTW, Rabcat, Thunderkick and Betsoft celebrates the Year of the Rat, the Day of the Dead, lost treasure, lucky charms and magical faeries.

JFTW takes you to the heart of Heart Forest in the 20 paylines slot Goldwyn’s Faeries. In this world of fantasy, inhabited by faeries and precious gemstones, beautiful instrumental music and the sounds of fauna combine with beautiful artwork for a magical atmosphere. You can win up to 25x bet per payline with some help from three different wilds, free spins and re-spins.

The magical forest comes to life in Goldwyn’s Fairies for free.

Lucky Links from JFTW is a modern take on a slot based on lucky charms along with gemstones, all of which may appear as stacked. The big feature, named after the title, locks reels together for a re-spin. This slot also pays both ways allowing you to win left to right and right to left. Win up to 7.5x total bet/payline!

Don’t be the missing link and play Lucky Links for free!

A 1,000 years ago, a war against the dark hordes in Treasure Heroes from Rabcat has resulted in the cluster pays slot called Treasure Heroes. Join the magician and warrior as they hunt for treasure within the underground labyrinth. It combines a 1,000x bet jackpot with wilds, free spins plus locking wilds and The Moving Wall Feature.

Play Treasure Heroes for free and find out if you have what it takes to solve the maze.

It’s Mexico’s Day of the Dead, and Thunderkick celebrates the occasion with Esqueleto Explosivo. This 17 paylines slot has a 700x bet jackpot with a basket of features including the Mucho Multiplier, Explosivo Wilds and Dropping Symbols. You’ll be surrounded by skulls, festive candles and fireworks in a night that you’ll never forget!

The street party never ends in Esqueleto Explosivo. Play it for free!

February 2020 saw the release of Betsoft‘s Spring Tails, which celebrates the Chinese Year of the Rat. This is a high volatility slot with a jackpot of 30,000x bet! Highlights of the game include free spins, the Buy Feature and Lucky Rat Multiplier Wilds. The anthropomorphic rat is just one of the creative and colourful things that you’ll see.

Celebrate the Year of the Rat and dare to be the ‘big cheese’ by playing Spring Tails for free. 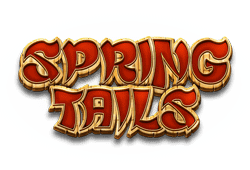