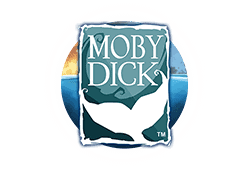 Relive Moby Dick or Hansel & Gretel, a case of the munchies, experience a sugar rush high and be dazzled by gems, with Microgaming, Betsoft and 2×2 Gaming.

Based on the novel by the American writer Herman Melville, the 5-reel, and 25 fixed paylines slot Moby Dick from Microgaming, follows the mad obsession of Captain Ahab, as you go on a quest to harpoon up to 10,000 on a payline! Set sail into choppy seas as you’ll find higher-value symbols including Moby Dick, Captain Ahab, an anchor and a cup of tea. A wild symbol can substitute for any other symbol except the scatter with five on a payline crediting you with up to 10,000. The free spin scatter symbol can appear on any reel and 4, 5, 6 or 7 of them will award 10, 12, 15 or 20 free spins respectively. While the feature is engaged, up to 3 wilds may appear on the 3rd reel. The Win Freezing feature literally freezes winning symbols in place and you get a free respin for the chance to add to your win, which keeps going until you fail to add to it. Lastly, choose the right or left tea cup for a double or nothing chance to increase your winnings.

Hansel & Gretel Treasure Trail, from 2×2 Gaming is a 5-reel and 60 paylines slot with 4 progressive jackpots. It includes higher-value symbols such as Hansel, Gretel and the Wicked Witch, a sack of gold coins, a swan and an axe. The candy-house wild can substitute for any other symbol, except the scatter, with 3, 4 or 5 symbols crediting 160, 400 or 2,000. The bread-crumb trails bonus symbol is a scatter that allows you the chance to win between 80 and 4,800. It is possible to trigger 8, 12, 16, 20, 30 or 50 free spins that include a 2x multiplier. This feature can be re-triggered.

The higher-value symbols may appear as stacked up to 6 spaces high on the 1st and 2nd reels with the rest up to 3 spaces high. There are also mystery symbols that may appear on any space which is replaced with an identical symbol.

Finally, the Treasure Jackpot Game is a randomly triggered feature which can ultimately unlock the diamond, ruby, gold or silver progressive jackpots.

Munchkins from Microgaming is a 5-reel and 15 fixed paylines slot offering up to 15,000 coins per payline! If you ever had the munchies then you would appreciate the unconventional symbols that include homework, a wallet and keys –  that all have teeth marks in them! The wild can serve up some delicious delights by substituting for all other symbols except the scatter. It can also line up on a payline to reward you with 5, 50, 1,000 or 15,000 coins with 2, 3, 4 or 5 symbols. The cream-stuffed scatter symbol can appear on any of the reels with 2, 3, 4 or 5 in any position crediting 1x, 2x, 20x or 60x. With three or more, 20 free spins are awarded with 2x multipliers.

Sugar Pop 2 is the next instalment of the Sugar Pop series featuring rainbow coloured candies. Designed by Betsoft, it uses 7×7 cluster-pays and awards prizes of up to 28,305 coins. Sugar Pop 2 feels like you’ve died and gone to heaven with stacks of sugar-sweet goodness! Laced with an instrumental tune, the transparent reels carry pink swirls of candyfloss, a high-value heart symbol, three mid-value symbols and three standard symbols. The game offers you the opportunity to advance to a higher level, and unlock special candy symbols, by winning cash prizes. These candies include gumdrops, caramel chews, candy canes, lollipops, fizzy pop candies, jelly bean cannons, morphing golden wilds and sweet hammers. Each candy has its own unique ability that can result in identical symbols, random symbols, same column or row symbol explosions. In addition, symbols can get shuffled, destroyed, substituted into wilds or smashed.

The candy wild can substitute for all symbols outside of the free spins and level-up symbols. The candy bomb goes off with five or more symbols clustered together that gets more powerful the greater the cluster, up to 20 symbols. The scatter appearing in clusters of at least four will serve up 5 free spins which increase up to 27 with clusters of 15.

Finally, the Double Up Gamble feature is triggered after a win during the regular games, where you call heads or tails for double or nothing.

Giovanni’s Gems is a 7-row and cluster-pays bitcoin slot from the developer Betsoft which is based on the theme of precious gems with up to 535,150 coins. There is no shortage of colourful symbols that include a high-value sack and torch followed by a pickaxe, emerald and ruby at the medium-value range. The lower-value symbols include a citrine gem, a sapphire gem, an amethyst gem, and coal. The Exploding Wins feature involve clusters, that form part of a win, exploding to yield cascading symbols from above for an opportunity to generate new wins. This can continue until no more winning clusters are created. After a regular win, the Double Up feature is triggered for a 50-50 chance to go double or nothing. Next, there is the Giovanni scatter symbol where three or more appearing on the spaces rewards a coin prize which rises from 3 coins at the low end to 1500 coins. 5+ will activate free spins starting from as little as 7 to as much as 50. Finally, in Giovanni’s Diamonds feature, coal is transformed into diamonds if it lands adjacent to a win, and your win can vary from as little as 12 coins to as much as 15,000 coins. 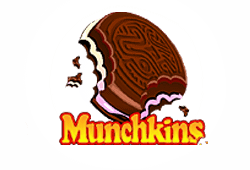 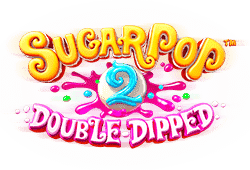 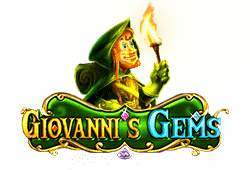