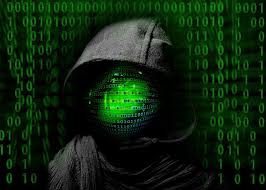 Starting on 31st of March 2015, you will be able to watch Deep Web, a 2015 documentary about Silk Road, on Netflix. Up until now you could only watch it through its official website, iTunes and BitTorrent.

A quick reminder; Silk Road was the website accessible only through TOR where one could buy anything from drugs to firearms using Bitcoins. It is one of the many Deep Net or Dark Net websites that have sprung up in the last few years.

Ross Ulbricht, who is alleged to be Dread Pirate Roberts, founder and administrator of Silk Road, was arrested in October 2013. He was later on in May 2015 sentenced to life in prison without the possibility of parole on charges of money laundering, conspiracy to traffic illegal drug and attempted murder.

He is appealing the sentence.

Two of the federal agents involved in the investigations leading Ross Ulbricht arrest and sentencing have themselves been judged with theft of the Bitcoins they seized from Silk Road.

Hear it from major players in the story

On its official website, the Deep Web movie is described as one that “gives the inside story of one of the most important and riveting digital crime sagas of the century.”

In making the film, the producers had exclusive access to the Ross Ulbricht’s family as well as other major players in the saga.

Those interviewed include Amir Taaki, who is associated with OpenBazaar, a peer to peer marketplace getting a lot of attention at the moment. Some see it as the replica of the Silk Road only that it is decentralized and does not need TOR to be accessible.

The Deep Web documentary was directed by Alex Winter and voiced by Keanu Reeves.

Read also It is Easter, and You Don’t Want to Miss BitStarz’s 4 Day Free Spins to Celebrate!