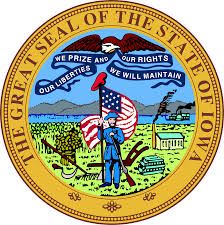 The United States presidential election season began officially on Monday, 1st February 2016 with the kickoff of the Democrat and Republican caucuses in Iowa. As expected, there are those who do not mind betting on the outcome of such an election process.

However, it is illegal in the United Stated to bet, especially online, on any kind of election outcomes. While it is not likely that one could be arrested and charged for betting online, the payment processors have been cajoled, through the law, not to facilitate transactions deemed to serve such purposes.

Americans are betting on elections

But guess what; prior to the Monday caucus, there are those who did bet on the chances of candidates in both the Democratic and the Republican parties winning. And this is thanks to Bitcoin and other cryptocurrencies.

Brett Arends, a columnist at Market Watch, which is a business news site that is a subsidiary of the Dow Jones, set out to proof this point. “I was able to place a symbolic $1 bet on the outcome of Monday’s vote from downtown Boston” he stated in an opinion piece he wrote after his experience, “I was able to do so simply by using bitcoins.”

It doesn’t take much to bet using Bitcoin

He states in his article that the process of Betting took him about two hours, much of the time going into walking over to Chinatown in Boston and setting up the system.

“First, I walked into a store in Boston’s Chinatown and bought a bitcoin voucher issued by a company called LibertyX,” Brett Arends, “explained  Then I went online, deposited my new bitcoins into an online account known as a “wallet,” and transferred them to an online bitcoin bookmaker.”