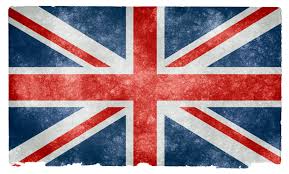 The year 2015 ended well for the Blockchain, the technology on which Bitcoin runs. Major financial institutions such as Goldman Sachs, Barclays Bank and Nasdaq, as well as technology companies such as IBM and Linux, had commenced work on creating solutions that are built on the decentralized ledger.

Nevertheless, news of regulators still grappling with how to treat Bitcoin and the Blockchain were as common as ever.

The legal environments were still too hostile for anyone to entertain the idea that an official public Chief Science adviser could recommend to government that it invests more resources into finding out how the blockchain can help in serving citizens better.

Government should use the Blockchain

In the past week, however, something major happened in this regard. The Chief Science adviser to the UK government released its report. This was on a research it had been carrying out on the Blockchain technology for the past few months.

The report recommends that the United Kingdom government finds ways to make the Blockchain technology useful to both the public and private institutions.

“The progress of mankind is marked by the rise of new technologies and the human ingenuity they unlock,” reads part of the report’s foreword. “Algorithms that enable the creation of distributed ledgers,” reads another part of the report, “are powerful, disruptive innovations that could transform the delivery of public and private services and enhance productivity through a wide range of applications.”

Bitcoin is not good, though

Despite glorifying the Blockchain, however, the report does not approve the adoption of Bitcoin by at least government agencies. “Bitcoin creates suspicion amongst citizens and government policymakers,” it explains, “because of its association with criminal transactions and ‘dark web’ trading sites, such as the now defunct Silk Road.”