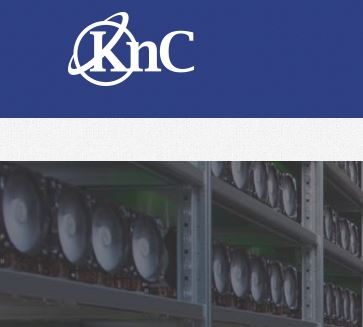 The Swedish Bitcoin Mining firm KnCMiner has filed for bankruptcy. For the reason; it has pointed a finger at the anticipated halving of the Bitcoin reward sometime in July 2016.

“Effectively our cost of coin – how much we produce the coins for – will be over the market price,” Sam Cole, the firm’s CEO has explained, “The price is now [roughly] $480. With all of our overhead, after July, the cost will be over $480. All of the liabilities we’ll have after that time will be too high.”

KnCMiner has stated that it has exhausted all efforts to reduce its overhead to acceptable levels before the date. That includes cutting jobs in its facilities.

And thus, the only option that was standing was filing for bankruptcy.

The main cost of Bitcoin mining operation is the electricity bill. This has always given Chinese miners an edge because power is cheaper in the Asian country than it is in Europe or Northern America.

Starting July the reward that miners get for every block mined will halve from 25 bitcoins to 12.5 bitcoins. The halving happens after every four years with the last bitcoin being mined sometime in the year 2140.

While KnCMiner did manufacture and ship mining hardware, its main source of revenue has been the mining reward.

In April this year, KnCMiner won a court case where its customers had sued for delayed supply of mining hardware as well shipping of faulty products.

Transaction fees are supposed, with time, to replace the mining reward. However, currently, the fees are voluntary and for the purpose of hastening the process of confirmation of a transaction.

With KnCMiner out of the mining business, it looks like the concentration of Bitcoin mining operations in China is not going to go away. At least not anytime soon.