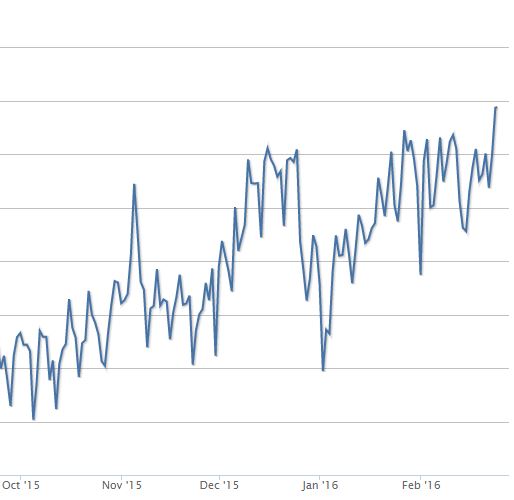 With that stated, on the 23rd February 2016, the highest number of Bitcoin transactions to date was witnessed. According to Blockchain.info up to 260,578 transactions were confirmed in the course of the day.

This happened just a few hours after representatives of various arms of the Bitcoin ecosystem such as miners, core developers and entrepreneurs in a roundtable meeting in Hong Kong drew and agreed on a road map that will see Bitcoin scaled in a period of little over a year.

It is not clear whether this was as a reaction to the consensus agreement news. However, one would be forgiven for coming to that conclusion. Of course, the number of transactions has never been metric to measure the reaction of the market to certain news but is a viable one.

Moreover, in this case, it is an even more apt metric given it was news about scaling that triggered a peak. Meanwhile, it could also be interpreted as a wake-up call to the Bitcoin community to do all it can and hasten the scaling process in order not to be overtaken by a growing number of transactions.

Before this week, the highest peak of Bitcoin transactions on a single day was reached in October 2015. At that time, 241,346 transactions were facilitated by the Bitcoin network.