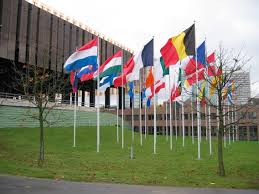 The European Court of Justice on 22nd October ruled that Bitcoin transactions should be exempt from Value Added Tax (VAT). This comes three months after the same court ruled in favor of Daniel Hedqvist, a Bitcoin forum operator, in a local case of taxation pitting Sweden’s tax office.

The latest ruling, which has been received as groundbreaking, asserts that bitcoin transactions “are exempt from VAT under the provision concerning transactions relating to currency, bank notes and coins used as legal tender.”

Cautious optimism in the Bitcoin community

Several stakeholders within the Bitcoin community have voiced their opinion about this development. Some have praised it and expressed optimism that it will put the cryptocurrency at the same level with fiat currency.

“It’s very good news. If you were taxed on the exchange it would make it an inferior currency to other currencies, so the implications of it being treated as a currency are that it can free flow.” Simon Dixon, CEO of Bnktothefuture.com, a Bitcoin crowdfunding platform, told Bloomberg.

Others like Ken Code of Bitshares Munich are cautious. “If the government rules exchange of virtual currencies as tax-free, then they would ultimately be de-funding themselves. Why would they do that?” Ken wondered “So, even a temporary ‘tax-free’ status will get more people into cryptocurrencies […] They get us all into crypto, then tax the hell out of it the following year.”

The full impact of this ruling will only become clear in the coming days and months. However, it is almost expected that the cost of transacting in Bitcoin will go down and that is likely to play a role in the adoption of the currency in Europe.