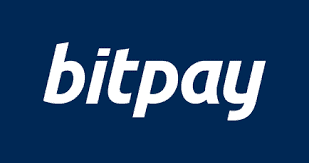 BitPay, a leading Bitcoin payment, has announced a partnership with Gash Point, a platform that caters for about 10 million shoppers of online gaming products in Asia. The arrangement will see the latter’s customers top their prepaid cards using Bitcoin.

“With today’s bitcoin payments launch from our newest merchant partner GASH Point,” read part of a blog post written by James Walpole,  Marketing Associate at BitPay, to announce the deal “we’re taking another step to bring the BitPay platform to gamers and bitcoin users in Asia.”

Gash Point is part of Gamania, a giant Taiwanese digital media giant that currently boasts of handling over 3,000,000 transactions per day all related to online gaming.

James Walpole: “Now that customers can use any bitcoin wallet to load their GASH Point accounts in seconds, gamers will have a way to get back to enjoying their purchases in even less time.”

BitPay contends that by adding Bitcoin to its payment options, Gash Point is working towards its goal of making online gaming purchases simple, fast and convenient. “Now that customers can use any bitcoin wallet to load their GASH Point accounts in seconds,” James Walpole has said, “gamers will have a way to get back to enjoying their purchases in even less time.”

Also, he has stated that Gash Point users have an opportunity to protect their privacy given that bitcoin payments don’t transmit personal data. “Gash Point’s bitcoin customers can check out more securely online and protect themselves from identity theft,” he said.

Mr. Walpole has also pointed out that the benefits of using Bitcoin do not stop with Gash Point users. The company stands to reduce its cost of doing business given that bitcoin transactions are facilitated at almost no cost. In addition, the risk of fraud is limited as compared to traditional credit card payments.