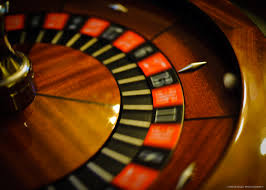 The senate of the New England’s State of Massachusetts is contemplating legalizing online gambling. In this regard, a bill was this week tabled in the state’s upper assembly.

The bill is the brainchild of the Republican leader in the Senate, Bruce Tarr, R-Gloucester. Through it he intends to make Massachusetts online gambling friendly and in the process bring it up to level with others in the US.

If he succeeds in convincing the majority of his fellow senators and the bill becomes law, Massachusetts will become the 15th American state to open up the internet to local citizens and businesses interested in being involved with online casinos.

In his view, legalization will contribute to the state’s revenue generation. He said that the law “will give them (operators) a competitive advantage, and increase their chances of success, which in turn, can deliver substantial benefits through funding for our spending priorities and our budgets.”

Sen. Bruce Tarr, R-Gloucester also believes that if Massachusetts is in a position that needs catch up in regard to other states. “Our state has chosen to pursue casino gaming,” he said, “and is licensing operators to enter a fiercely competitive national market that is much more fully developed in other states”.

An opportunity for Bitcoin gambling?

Nevertheless, according to the draft bill, the state’s Gaming Commission will have the final word on the licensing of online casinos in the state on a case by case basis.

Therefore even if the bill becomes law, there might still be technicalities that could stand in the way of someone intending to start a Bitcoin casino in Massachusetts.

Meanwhile, you can continue to visit your favorite Bitcoin casinos such as BitCasino and Betchain, and thank the fact that cryptocurrency is border averse.