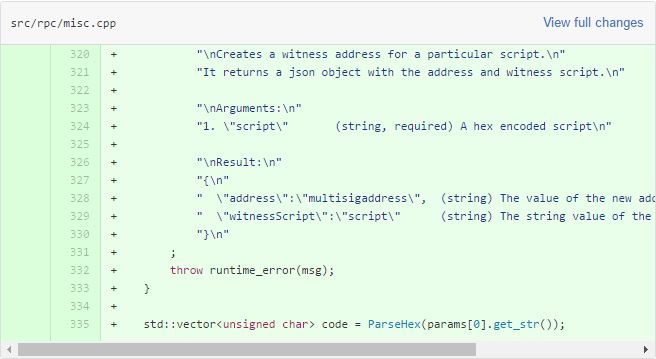 In late February 2016, representatives of various segments of the Bitcoin ecosystem (read miners, entrepreneurs, and core developers) met in Hong Kong to chart the way to network scaling.

Having the code for Segregated Witness (SegWit) solution ready by the month of April 2016 was one of the agreed points in the roadmap. That seems to be a done part.

On Tuesday, 19th April 2016 Pieter Wuille, the core developer who has been working on the code, has made a pull request on Github, which means it is ready for criticking and improvement by the wider community before implementation.

It is a step in the right direction

“People need to chill out if this isn’t pushed before the end of the month. (Hell, I’d be surprised if it is not pushed by then, given the to-do list alone.),” one redditor has cautioned, “Schedule slip-ups occur, especially in the software world. The fact that a pretty thorough PR was delivered on time, and thoroughly tested beforehand, is pretty impressive!”

SegWit is a soft fork proposal to the scaling problem, which is meant to remove transaction signature data from the Bitcoin block hence creating room for more transactions. This is however supposed to happen without compromising the security of transaction in any way.

This is a soft fork making way for a hard fork

Its implementation is expected to buy more time for the Bitcoin community to work out the block size increase hard fork compromise. Indeed, the next stage in the roadmap should be realized in the month of July 2016. And that is the unveiling of the hard fork code.

The making of the pull request for SegWit does not in any way mean that the differences that existed over the way forward on scaling are no more. The groups supporting Classic and Bitcoin Core are still on each other. There is still no universal agreement even after Hong Kong Roundtable.