Play’n GO invites players to play for gold in the 3 reels and 1 payline progressive jackpot slot Golden Goal. So get in the football spirit, take your hardest shot and score to win!

Golden Goal has a design reminiscent of the good old days of 3-reel fruit slot machines. The green turf in the background is a nice touch, as are the ivory-coloured reels home to football symbols: a goalie glove, a shoe and a referee whistle. The symbol artwork is not very elaborate, reinforcing the nostalgic design of older slot machines. Even the sound effects have an old land-based casino floor vibe, exploding with energetic music. You can hear the muffled sounds of crowds talking and clinking of coins falling between spins.

Golden Goal has high volatility and RTP of around 94.12%. Coin values are fixed at 0.25, but you can raise the number of coins up to 3. This allows bets ranging from 0.25 to 0.75. Football is a great theme if you’re a fan of the sport, but there are so many other equally brilliant themes. For example, Hacksaw Gaming has a bizarre slot called Mystery Motel with a 10,000x jackpot and 1,024 ways to win. On the other hand, Big Time Gaming has a 4,096 ways to win slot with a 36,000x bet jackpot named after the Swedish rock band ‘Europe’ called The Final Countdown.

Players can find a short list of features and a special football wild. First, the football wild may appear anywhere in the playing area, replacing any other symbol. This symbol is the top-paying, exclusively rewarding 800 coins, 1,600 coins or the progressive jackpot on a payline with a coin bet of 1, 2 or 3, respectively. Therefore, you will want to consider making maximum bets/round of 0.75 if your goal is the progressive jackpot.

Another exciting highlight of the game is that a payline of 3 different regular symbols can reward the fifth-highest payout. Combine a wild with 2 different or 2 identical symbols to collect the second lowest or lowest payouts possible, respectively.

Golden Goal Bitcoin slot is designed for all major platforms, including desktop, tablet and mobile. This means that it is supported on Mac, Windows, iOS and Android.

Wild-Symbol: A European football is a wild symbol forming the highest paying win line of 800 coins, 1,600 coins, or a progressive jackpot on a 1-coin, 2-coin or 3-coin bet, respectively.

Bonus rounds: Combine any 3 regular symbols of a goalie glove, referee whistle and/or shoe for a payout. Alternatively, combining 2 identical symbols or 2 different symbols with a wild can also lead to a winning line. 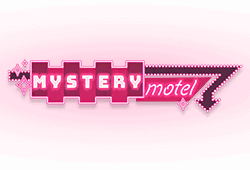 From gigantic Gigablox symbols to anime dream girls, scoring the winning goal to undying love - no dream machine compares to these next 5 slots!