The dwarves were known to be skilled miners and craftsmen, digging deep into the mountain face in search of precious gold. Who could predict that the gold would attract the eye of a grumpy dragon? Mining Fever from Rabcat Gambling is a 5×3 (reels/rows) slot with 243 ways to win. It comes with wilds, the Driler’s Dwarven Drill, Thundar’s Dwarven Hammer, Bombur’s Dwarven Bomb and free spins plus the Dwarven Gold Train Features. Win up to 25x total bet/payline!

Mining Fever has an attractive design with reels set within a mountain mine where you can see the embers rising, cart tracks and, of course, gold coins. The amusing slot, released in April 2020, has a gold crown as the top-paying symbol, following something resembling a jewellery box, a ring, coins and gold nuggets. Finally, there are 4 royal flush letters as the lowest-paying. The audio effects include playful music and audio effects such as the sound of dripping water, a pickaxe striking rock and a cart racing along the tracks, amongst others.

We begin our look at the features with wild symbols that substitute for all others except the scatters. The slot has three different scatters named after three different Dwarfs: Driler, Bombur and Thundar. Any two identical scatters will trigger 1-2 Bonus Spins with the corresponding feature. The features are as follows.

Driler’s Dwarven Drill:  Collect 1 bonus spin where one of the first 3 reels are stacked with wilds.

Bombur’s Dwarven Bomb: Collect 2 bonus spins with a fixed wild on the first spin and 3-4 wilds randomly placed on the second spin.

Three different dwarf scatters will trigger 8 free spins with the Dwarven Gold Train Feature. It involves the three dwarves that plough through the dragon’s treasure chamber while leaving a trail of wild symbols behind them.

Mining Fever bitcoin slot is optimised for mobile, tablet and desktop, so it goes wherever you go, provided you have an Android or iOS device.

Wild-Symbol: Wilds substitutes for any symbol that is not a scatter.

Scatter-Symbol: There are three different scatters used to trigger one of three bonus features or free spins.

Free spins: Three different scatters on any spin will award 8 free spins with the Dwarven Gold Train Feature. Barrel your way through the dragon's chamber for gold and gems! 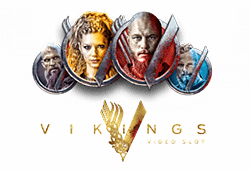