Seemingly unsure if it wanted to make a slot about kangaroos or wombats, Booming Games came to a compromise in Wombaroo. Experience this slot mashup on 5×3 (reels x rows) and 20 paylines with Wombat Wins, Kangaroo free spins and the Super Feature. Collect up to 4,000x bet down under.

Wombaroo is a slot which takes place in none other than Australia with golden, coppery and emerald-coloured grasses of the Outback surrounding the reels. On opposite sides of the playing area are a kangaroo and a wombat – our protagonists. The symbols on the reels are indigenous to Australia: a wombat, kangaroo, koala and an emu with the addition of 5 royal flush symbols. The developer chose to include an interesting musical jingle; like something you might hear from several decades ago.

Are you wondering about the RTP of Wombaroo? Well, it’s 95.42% and might we add that you can make wagers of 0.20 to 400. Do you like animal themes? We can happily recommend Wolf Moon Rising from Betsoft and Rainforest Magic from Play’n GO.

So what kind of special symbols and features can you find in this game? Well, let’s begin with the wild symbol that, as you’d expect, substitutes for the regular paying symbols. Suppose you’re fortunate enough to find 3 kangaroos anywhere on the three odd-numbered reels. In that case, congrats are in order as you’ve unlocked free spins!

Not to be outdone, the wombat also has an important function, and that is to trigger the Wombat Wins feature. You see, the wombat is also a scatter that can be spotted on the odd-numbered reels. When simultaneously appearing on all three, the feature is triggered. The wombats remain frozen in place, and each reveals multipliers of 1x, 5x, 10x, 50x or 100x bet. Three (3) initial free spins kick off this feature where it is only possible to land more wombats or blank spaces. A new wombat will reset the free spins counter to 3 and also freeze wombats in place. The feature ends only if the counter runs out or wombats occupy all 15 spaces.

Above the reels is a meter which is filled whenever 2 kangaroos or 2 wombats appear in the base game. Fill the meter with 30 units and receive 8 free spins where all wilds are sticky until the feature ends at which point they transform into valuable gold coins.

You can take Wombaroo Bitcoin slot down under if you’ve got an Android or iOS smartphone/tablet device, or stick by your trusty desktop pc.

Wild-Symbol: The wild replaces any symbol that is not a kangaroo scatter or wombat scatter. Land 5 kangaroos on the same payline to collect 125x bet.

Scatter-Symbol: There are kangaroo and wombat scatters that can be spotted on reels 1, 3 and 5.

Free spins: Three kangaroo sightings on the three odd-numbered reels gets you into the free spins game.

Bonus rounds: Wombat Wins is a re-spins feature where wombats are sticky, and award multipliers of up to 100x bet per symbol. A meter during the base game collects scatters to trigger 8 free spins with sticky wilds. 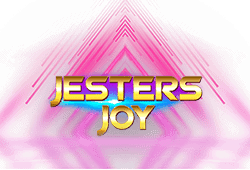 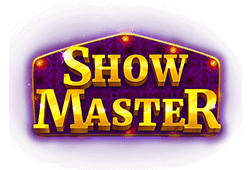 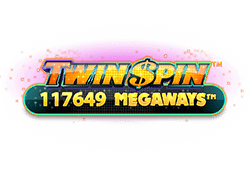 Search for the elusive wombaroo, unravel the mystery of the Yucatan, hit the Vegas night scene, see double in Twin Spin or collect post-apocalyptic Nitro!…