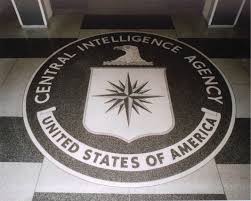 There is a new twist to the Silk Road case. And it has nothing to do with the appeal that Ross Ulbricht, the alleged mastermind of the deep website that sold everything from drugs to guns, has mounted to reverse the life in prison sentence given to him.

Apparently one of the detectives who played a significant role in the investigation and arrest has been rearrested himself for attempting to run away from the United States. He was trying to evade serving a 71-month sentence for stealing about $800,000 worth of bitcoins during the Silk Road investigation.

Busted for the second time

Shaun Bridges alongside Carl Mark Force IV, another secret service agent, had been part of a team of law enforcers tasked with bringing the person behind the dark web e-commerce, who was at the start of the investigations was known as Dread Pirate Roberts, to book.

However, the two saw an opportunity to line their pockets. It did not go well for them, however. They were busted, prosecuted and asked to return the loot.

Shaun Bridges was expected to present himself at a Baltimore prison last week to start his term in jail. He had been out on bail since October 2015 when he pleaded guilty to the charges leveled against him.

Likely to face a harsher sentence

According to Wired, law enforcers from the Northern District of California found Shaun Bridges to have packed two briefcases and in possession of a passport, cell phone and, more importantly, his wife’s citizen application documents to another country.

The Wired article went further to state that he was likely planning to move to Belize, Nevis or Mauritius. And with this escape attempt, he is sure to face a harsher sentencing when he is presented before a judge.