NextGen Gaming heats up the reels in a blaze of fire and smoke with the fire-breathing dragon themed 5-reel, 3-row and 25 fixed paylines slot where you can win up to 2,000 coins on a payline.

A Dragon’s Story is the tale of a 3-D dragon that goes by the name of Ruff, standing to the right of the reels, surrounded by a pile of glowing gold coins. The story is supported by some thematic symbols that include a golden treasure, brave knight, broken shield and an armoured boot. The lowest paying symbols are commonly found icons of the poker variety. You will find some animation amongst some of the symbols and the dragon Ruff. There are audio effects that lend itself to the dragon theme, which includes birds, musical tunes and other sound effects triggered by payline wins and unlocked features.

To avoid getting burned, A Dragon’s Story has some pretty wild features to keep you playing! We’ll start with the dragon wild who can act as a joker to replace any other symbol except the scatter. The slot can be played with the Superbet for a cost of 35 or 50 more coins. Ordinarily, there is a tiny dragon that appears under the 3rd reel, but for 35 coins this little dragon sits below the 2nd, 3rd and 4th reels. With 50 coins the little dragons sits below all 5 reels. These little dragons breathe fire wilds to enhance the reels. There is the 10 Free Games Feature that can be unlocked when three or more jewel scatter symbols appear anywhere on the reels. You can re-trigger the free games when active. Additionally, 2, 3, 4 or 5 symbols reward you with 25, 125, 375 or 2,500 coins. During this feature, the little dragons can burn enhanced reels at a higher rate.

The slot also comes with the Brave Sir William Bonus where this valiant Knight enters Ruff’s lair after a random spin. Choose Huff’s fireball to send Sir William’s way and you could win up to 1,250x your bet.

A Dragon’s Story bitcoin slot is available on mobile so not only can you play it on Windows desktop but also on your Android or iOS device.

Wild-Symbol: The slot features a dragon wild that can replace all symbols except the scatter.

Gamble-Option: The optional card colour or card suit gamble features give you up to 5 consecutive chances to go double or quadruple or nothing.

Bonus rounds: Get Sir Williams to drop coins and you might even collect 1,250x your bet in the Brave Sir William Bonus feature. 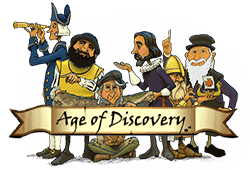