Reel Talent from JFTW is a 5-reels and 20 fixed paylines slot with highlights that includes free spins, Symbol Storage and Superspins. Collect up to 50x total bet!

Reel Talent comes with beautiful illustrations of anthropomorphic animals which perform on stage. They include a singing lion, fire breathing crocodile, guitar playing wolf and card playing rabbit. The top-paying symbol is the title logo. There are also four lower-paying symbols that include a microphone, torch, electric guitar and playing cards. The slot also comes with a classy tune which does a great job of complementing the illustrations of the slot.

The bitcoin slot can be played with wagers ranging from 0.10 to 100. If you’re a fan of JFTW games, then you might want to try the Japanese cyberpunk themed Shogun of Time or Irish themed Rainbrew.

The big feature of this slot is the Symbol Storage where winning paylines are added to the meter to the left of the reels followed by a re-spin. If three symbols are added, then a Superspin is awarded. A further re-spin is awarded if any position in the symbol storage is empty. During the Superspin the only symbol on the reels that are present are the ones in the symbol storage meter. If you manage to collect three identical symbols in the Symbol Storage, then you enter stage III with a guaranteed win. If you manage to collect two different symbols, then you enter stage II and if you manage to collect an identical symbol, then you enter stage I. The slot also comes with the wild symbol that can replace any of the other symbols but cannot be added to the Symbol Storage.

Enjoy Reel Talent bitcoin slot on your mobile or desktop. Take the game with you on an Android or iOS device.

Wild-Symbol: The wild symbol substitutes for any other.

Bonus rounds: The major feature is the Symbol Storage. A meter to the left of the reels will collect winning symbols which award a free re-spin. Collect three symbols to trigger a Superspin. 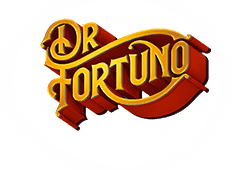