Would you like to try your luck at Golden Ticket 2 with real money? Choose one of these bonus offers from our best casino recommendations:

After the success of the big top circus-themed Golden Ticket, 2020 saw Play’n GO follow it up with even bigger performances. Guaranteed to be the most fantastic show on earth, this 1920s revival of the golden age of circus performances offers multiplier wilds, free spins and the Win Spin Feature. Collect up to 5,000x bet!

Golden Ticket 2 unfolds on a 5×5 grid where 3+ symbols horizontally or vertically adjacent reward a payout according to the paytable. The provider dives right in with imaginative artwork, including a juggling clown that balances precariously on a unicycle. Regular symbols divide into three circus performers (knife-thrower, ringmaster, clown) and a golden tent. A combination of these performers on a payline also rewards a handsome payout. The lower-paying symbols consist of circus props including a ringmaster’s hat & whip, unicycle, juggling clubs, bullseye target and throwing knives. Hear the sound of the cheering crowds and chirpy music.

The RTP of Golden Ticket 2 is 94.50% with bets which you can adjust from 0.20 to 100. If you like Play’n GO, how about checking out Fortunes of Ali Baba or Viking Runecraft instead?

If we look at the features of Golden Ticket 2, the first one that bears mentioning is that a winning payline causes the participating symbols to explode. It gives rise to symbols above that fall down to fill in the gaps. Furthermore, we find the special wild symbol, which is formed in the centre space after a winning 3-symbol combination is removed. The slot also offers multiplier wilds of 1x-3x and can appear as 1×1 or 2×2-sized. These wilds are triggered using the Multiplier Wilds Feature, charged by 1/3, 2/3 or fully with winning combinations involving 3, 4 or 5 performers respectively.

Behind the grid of symbols is a row of letters that spell ‘BONUS’. If you can clear the row to expose these letters, your choice of free spins and multiplier combinations await:

If you happen to fill the meter during free spins, then a Win Spin is awarded, played on a different grid with a 2×2-sized multiplier corresponding to your free spins choice.

Golden Ticket 2 Bitcoin slot is mobile, tablet and desktop optimized. For those times when you’re on the go, take it with you on an Android or iOS device.

Wild-Symbol: The wild is placed in the centre gap created after a 3-symbol winning combination is removed.

Freispiele: Unlock a combination of free spins and multiplier wilds when the word 'BONUS' is exposed from behind symbols that have been removed.

Bonusrunde: Unlock the Multiplier Wilds Feature by filling a three-section meter to receive 1-2 multiplier wilds (1x-3x) in random positions. During free spins, a Win Spin is unlocked by filling the meter with a 2x2-sized multiplier. 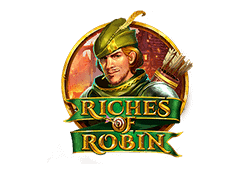 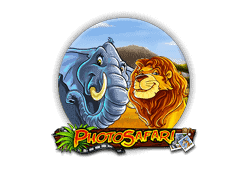 PLAY
Rich Wilde and the Tome of Madness 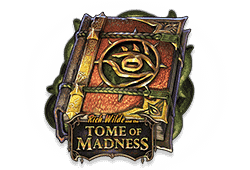 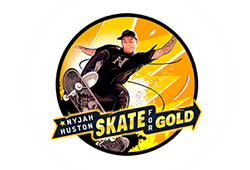 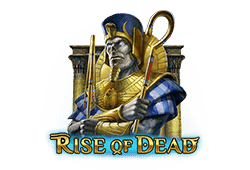